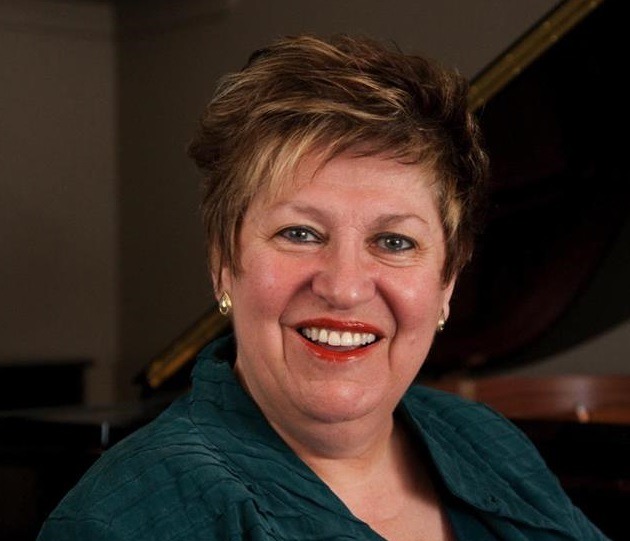 Pianist Marilyn Engle began her studies in Canada, then went on to earn undergraduate and graduate degrees from the Juilliard School with renowned teachers Ilona Kabos and Adele Marcus.  She followed her piano studies with graduate studies in musicology from New York University while also studying with Jeaneane Dowis.  In Europe, she worked with Peter Feuchtwanger and Nikita Magaloff.

Performing widely on radio and television, she has given numerous solo, chamber and orchestral performances in North America, Europe, Israel, and Asia.   She has also been heard frequently in concert and on radio with the chamber ensemble, Aubade, of which she was a founding member.

In 2011, Marilyn Engle was inducted into the U of C’s Student Union newly established Teaching Excellence Awards Hall of Fame, formed to recognize professors who had repeatedly received SU Teaching Excellence Awards.  She has taught, lectured, given classes and residencies at major Canadian and U.S. institutions such as Juilliard, Oberlin, and NYU, the Glenn Gould School, University of Toronto, University of Ottawa, and McGill.  In Asia, she has done the same in major schools in Japan and China, most recently in Hong Kong (Baptist, Lingnan), Xiamen Central Conservatory at Gulangyu, as well as the Central Conservatory in Beijing.

Marilyn Engle taught and performed in several summer programs in Canada and Europe before establishing, in 2001, with several friends and colleagues from Juilliard, the Académie Musicale Internationale in Vaison-la-Romaine (Provence), France.  In the summer of 2014, Prof. Engle rejoined the Morningside Music Bridge Programme.

Many of her students have won major prizes in international competitions and now teach and perform successfully around the world.