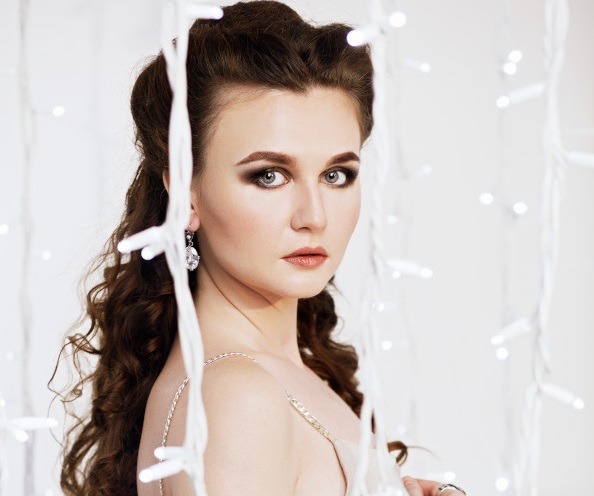 Her career enjoyed a meteoric rise in 1993: that year she played on the stage of the Mariinsky (Kirov) theatre and, for the first time, appeared on Russian TV. Same year Galina was awarded a Diploma and a Special Prize at the II International Music Festival “Virtuosos of the Year 2000” (St. Petersburg), and became the absolute winner of The Heiden International Foundation Piano Competition (St. Petersburg).

Her first concert tour was held in the United States: in 1994 she gave a number of solo recitals in Princeton, including one at the Hall of the Institute for Advanced Study. After that “Radio Classica”, a popular St. Petersburg music radio station, aired a special program devoted to Galina. This included her recordings of Bach, Beethoven, Chopin and Tchaikovsky. In 1998 she came back to the USA, invited as soloist to take part in the celebration of the 100-th Anniversary of Robert Casadesus, to play Mozart Concerto № 23 with Princeton Chamber Symphony (Mark Laycock, conductor) in Richardson Auditoriom of Princeton University and received favorable reviews. Since then Galina Zhukova’s orchestral appearances had included Mariinsky Theatre Orchestra (Vladislav Chernushenko, conductor), «Carpe Diem» Chamber Orchestra, St. Petersburg State Academic Symphonic Orchestra.

Since 2007 Galina has been a member of the Artistic Faculty of The Ruza International Piano Festival, held annually by The Gnessina Academy of Music (Moscow) and directed by one of the top Russian piano professors Maria Gambarian. From 2012 Galina Zhukova joined the artistic class of Maestro Aquiles Delle Vigne at the International Music Academy (Coimbra, Portugal).