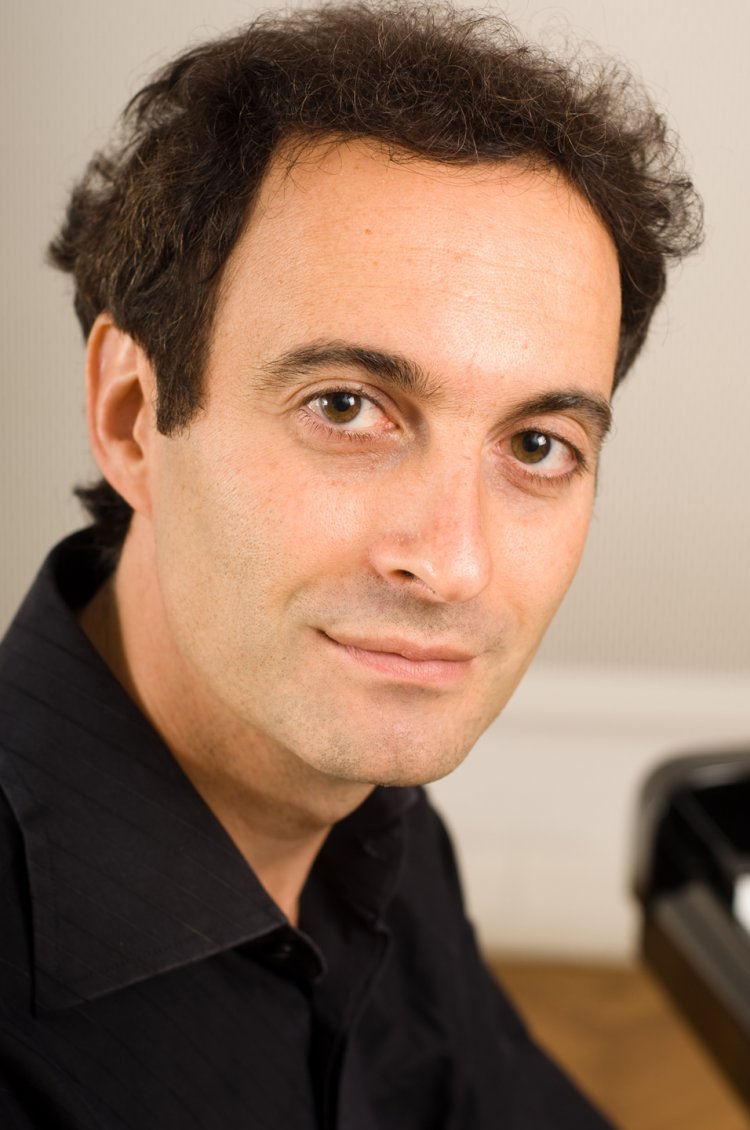 Critics from around the world , Postdate Nachrichten , Fanfare, New York at Carnegie Hall Concert reviews , Musica, consider Gianluca Luisi one of the most interesting Italian pianists of our time. His performances have received enthusiastic acclaim over the world.

In Italy, he graduated with honors from the Conservatory of Pesaro with M° Franco Scala ; studied at the Incontri col Maestro International Academy in Imola with Lazar Berman, Boris Petrushansky, Riccardo Risaliti, Piero Rattalino and with Aldo Ciccolini in Naples and Paris.

A winner of numerous competitions ( TIM Roma, International Competition Bellini of Caltanissetta , Rendano Prize , Competition of Cesenatico, Italian Music Youth Auditions, International Competition of Sulmona and many others) Gianluca won the first prize of the 4th International J.S. Bach competition in Saarbrucken – Würzburg  (Germany). He was selected among 70 pianists from 26 different countries while the critics heralded him as a new interpreter of J.S. Bach. On that occasion the Saarbrucken Zeitung declared: “The Italian won the first prize here. Well deserved […] because the young man is a great interpreter of Bach […] He produces music absolutely free . What more do you want?”

Gianluca Luisi has performed in prestigious halls and important venues such as the Musikverein in Vienna , Carnegie Hall in New York City, the Festival of the “Rarity of the piano music” of Husum        ( Germany), the Concert Hall Toyota (Japan), the ” Musical Evenings “(Serate Musicali) in Milan, the Fondazione del Teatro Lirico di Trieste, the Accademia Filarmonica di Verona, the” Tiroler Festspiele (Austria), the Konzert Hall and Chuden Hall in Nagoya ( Japan), the Rossini Festival (Pesaro ), the New Auditorium of Milan, the Maison the la Musique in Montreal (Canada), the Bach Academy in Stuttgart (Mozart Saal) and Leipzig Bach Festival (Germany).

He also performed at the famous Teather San Carlo in Naples , to the Schleswig- Holstein Musik Festival (Hamburg ), in the castle of Bach in Köthen, Boesendorfer Hall in Vienna, for the Music Festival of the Saarland, in Weiden and Sulzbach Meisterkonzerte, in Bauman Auditorium in Newberg (USA) and many other U.S. cities as Washington D.C., New York, Las Vegas, Minneapolis, Cleveland as well as other places in Europe (Czechoslovakia, Malta, Porto ,Oslo, Helsinki, Berlin, Frankfurt ) and China ( Shanghai SHCM , Nanjing New Concert Hall, Shenzhen Piano Music Festival, Pudong Piano Festival ) and for the 200th anniversary of Sauter Piano in China on 2019.

Among the extensive selections of his repertoire stands are the complete Well-Tempered Clavier by J.S. Bach, a work he has performed countless times from memory, receiving enthusiastic acclaim from international critics (i.e., during the Bach Week in Potsdam, Berlin, Germany) and one he recorded for the American label Centaur Records . Fanfare and American Record Guide described his recording as an absolute reference with the historic atmosphere of Edwin Fischer; the magazine “Piano News” (Düsseldorf) rated Gianluca’s recording 6 out of 6 stars for the quality of his interpretation.

Gianluca has made 28 recordings (CDs) some of which are devoted to unusual repertoire, including unpublished works and world premieres. He has taken part in the complete recording project of the Gradus ad Parnassum by Clementi and has issued a CD dedicated to Liszt with the Years of Pilgrimage, Italy (also for Centaur). Two additional CD that have received prizes from the critics, include the quintet of G. Onslow and the two piano concertos of Chopin with the Ensemble Concertant Frankfurt for Dabringhaus und Grimm label (mDG). On Naxos International Gianluca recorded 1 CD with music by F. Liszt , two CD’s with chamber compositions of L.Thuille , two CD’s with the complete set of the 100 J.B.Cramer complete Etudes for Naxos Grand Piano Label.

For ONCLASSICAL and Aevea Label recorded the 6 Partitas by J.S Bach ( 2 CD ‘s) and 6 French Suite (2 Cds), a CD devoted to the sonatas of Mozart and one with virtuoso paraphrases  . Gianluca recorded a CD, live, at Husum Festival which has been reviewed by Gramophone Magazine (UK ) as the best album of the month of November 2013 (Danacord Label) . There are also many live and studio radio recordings broadcast by Munich Radio, a popular radio station in Cleveland, Portland, BBC, Radio New Zealand, Rai Radio Tre and Deutschland Radio Kultur (Berlin). With pianist Konstantin Sherbakov, Gianluca has performed the complete 9 Beethoven Symphonies in the transcription of F. Liszt in Berlin- Neuhardenberg castle.

Gianluca’s repertoire encompasses a large part of the literature for the piano and includes composers as diverse as J.S. Bach, Mozart, Schubert, Beethoven, Chopin, Liszt, Brahms, Rachmaninov, Ciaikowsky, and Prokofiev and contemporary composers Petrassi, Barber, Britten and unknown or little known composers as Thuille and Onslow .

He was invited as jury member at the prestigious Tschaikowsky young competition where the famous Chinese pianist Lang Lang won the 1°prize . Since 2011 he has been the artistic director of the historical Italian”Pianist Cup” competition, born in 1968 and member of the Alink Argerich Foundation AAF , of the “Osimo Piano Hours” festival and in 2015 he was awarded the honorary citizenship of the city. He is a member of the Shenzhen Artstar Cultural Community Co. LTD and International Piano Museum Organizing Center of Shenzhen (China). He teached at the Academy of Imola Incontri col Maestro, at the Music Academy of Pescara, the Piano Academy of the Marche of Recanati high-level courses, the Engadine Sommer Academy of Samedan in San Moritz and Disentis , at the Umberto Giordano Conservatory of Foggia and is actually Professor at the Giacchino Rossini Conservatorio in Pesaro. He has held postgraduate courses in some important American Universities (Portland George Fox, Nevada Las Vegas, New York Westminster Conservatory, Lower Columbia College Washington, Denver State University Colorado), in the Hochschule of the Saarland, in Japan (Nagoya Yamaha faculty) and China at the Shanghai Music Conservatory .

On Mai 2019 was released two Cd set with the complete J.S.Bach piano concertos for two, three pianos and orchestra ( Decca Label) with the Filarmonici Italiani and italian pianist friends.

“Gianluca Luisi: A Star on the Rise – In a better world, Gianluca Luisi would be feted as the natural successor to Maurizio Pollini…”Lynn René Bayley FANFARE

“Luisi’s piano playing was astonishing in presentation. He is a very strong and imaginative artist, an excellent pianist who deserves world recognition.”NEW YORK CONCERT REVIEW

“The playing of pianist Gianluca Luisi is technically and musically superb”.EXPEDITION AUDIO Reviews

“…an evening with a world-class pianist!” NORDBAYRISCHER KURIER BAYREUTH

“Gianluca Luisi revels in the lush outpouring of J.Marx: rarely can a fugue have sounded less academic and more freely expressive as it builds towards its effulgend end” GRAMOPHONE reviews (UK), best CD of November 2013.