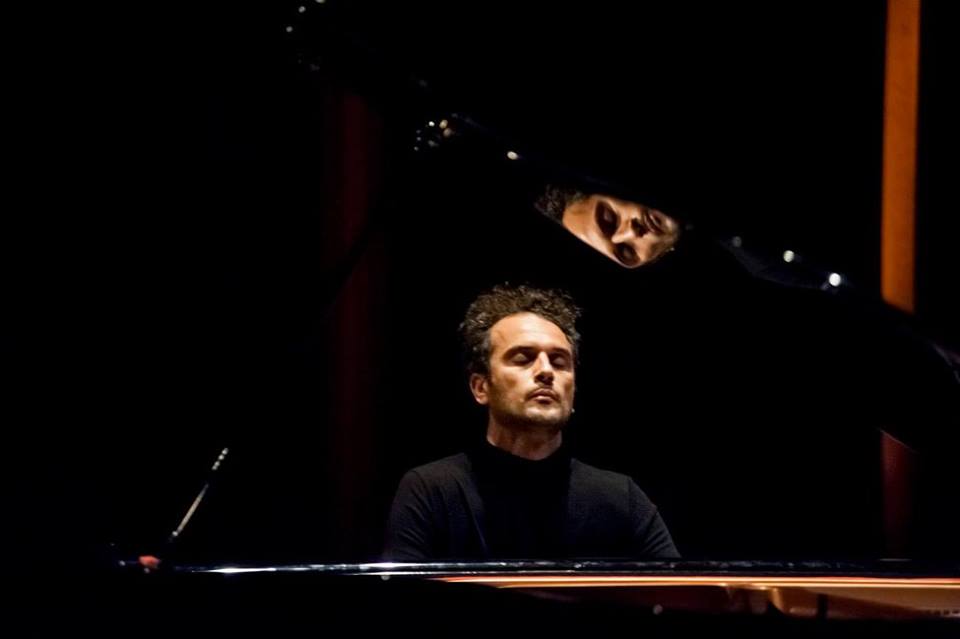 Born in 1982, Carlo Michini got a first-class degree at the “Istituto Musicale Pareggiato
Gaetano Braga” in Teramo (Italy) with Maestro Giovanni Durante. In March 2007, he graduated in
“History of Modern and Contemporary Music” with the Professor Giorgio Sanguinetti at the
University of Tor Vergata in Rome; in the same year he acquired a second level Piano Master at
the “Pontificio Istituto di Musica Sacra” in Rome under Antonio Sardi de Letto’s guidance. He
studied also with many pianists such as Oleg Marshev, Roberto Cappello, Andrezy Jaczinski,
Gabriel Kwok, Valentina Barman, Leonel Morales, Andreas Frolich, Ilya Scheps, Yuri Didenko, Nikita
Fitenko, Franco Scala and Alexander Kobrin.
Carlo, formerly pupil of Maestro Aquiles Delle Vigne at the Sommerakademie of
Mozarteum in Salzburg and at the Schola Cantorum in Paris, he got the “Virtuosity Diploma” at the
“Academia Internationale de Musique – Delle Vigne” in Portugal in September 2013. During
diploma’s exam M ° Delle Vigne expresses himself like this: “… Carlo has the sensitivity, the musical
expression, the research and the seriousness of a true artist … Carlo deserves any support because
his talent is first class … I really believe in its future development and I’m sure it will make a
successful artistic journey. I also know his moral integrity, his respect for music and for work and
for every sacrifice necessary for the realization of his art “.

In his training was very important the meeting with the pianist Giuliano Mazzoccante with
whom he studied for many years.

Absolute winner of the Malta International Music Competition in Valletta, he also won
numerous prizes in other important competitions such as the “International Piano Festival in
Italy”, the 10th edition of the “Città di San Giovanni Teatino” piano competition where he also
won the special award F.Liszt and the International Music Performance Competition “Marco
Dall’Aquila” in L’Aquila where he plays with the Young Orchestra of Abruzzo in the final round.
In 2017 Carlo got an important third prize to XIX edition of “Euterpe international Piano
Competition” with first prize not awarded and Carlo was the only italian pianist awarded after final
round, the jury president M ° Valentina Berman said: “The interpretations of Carlo Michini were
able to drag everyone into his idea of ​​music … he had the courage and strength to make himself
heard! “.

In January 2008 and February2009 he held Master Classes of his own in the “Conservatorie of
Kenya” in Nairobi, in the “Yared School of Music” in Addis Abeba and in Portugal for “Encontro
Internacional de Piano de Sardoal”.

In May 2016 he recorded and performed in world premiere the Second Concert for Piano and
Orchestra by the composer Luciano Bellini with the Dnepropetrovsk Philharmonic conducted by
the composer himself. He has recorded music for the radio broadcast “Diapason” for Vatican Radio
in Rome.