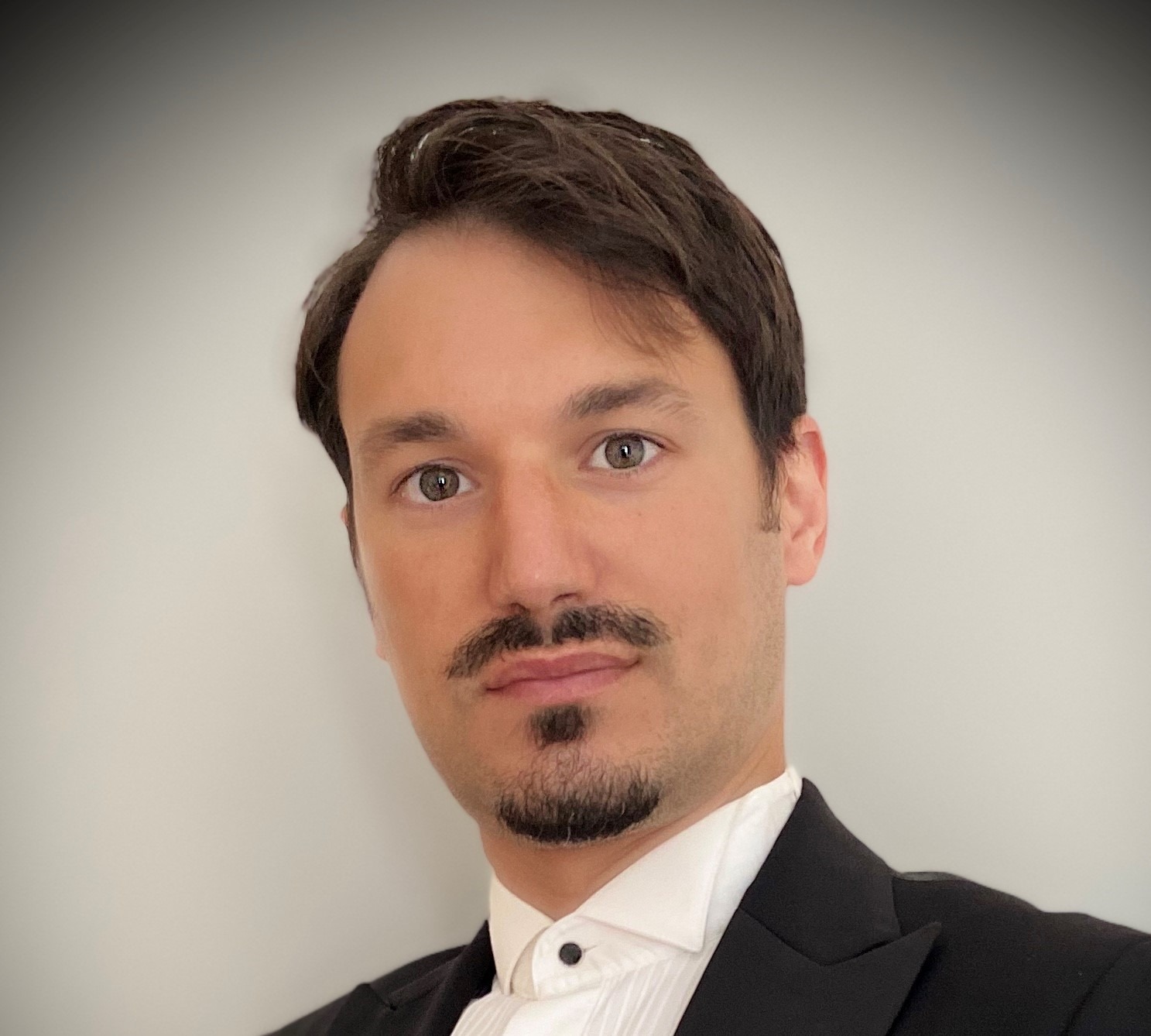 The Italian pianist Aldo Dotto started learning the piano at the age of six years old with prof. Giorgio Fazzi and completed his music studies with two Master degrees at the ‘Boccherini’ Conservatory in Lucca (Italy) and at the ‘Szymanowski’ Academy of Music in Poland, under the guidance of well-known piano pedagogues and pianists such as Anna Gòrecka, Andrzej Jasinski and Aquiles Delle Vigne at the Mozarteum Sommerakademie and Academia Internacional de Musica in Coimbra. He also studied composition and music analysis with Pietro Rigacci.

He has been invited to perform for important concert halls and festivals in Europe and Asia such as the San Carlos Theater in Lisbon (Portugal), Wiener Saal in Salzburg (Austria), Chopin Hall in Seville (Spain), Palazzo Vecchio in Florence (Italy), Teatro Bonci in Cesena, World Nomad Games in Kyrgyzstan, Sala Koncertowa in Katowice (Poland) Spring Festival in Warsaw, New York University in Abu Dhabi, EXPO 2020 in Dubai and many others.

Interested in musicology and history of music, Aldo wrote a book about the polish composer Karol Szymanowski, published by ETS Edition, which got good response by the specialized critics.

A passionate pedagogue and event organizer, Aldo is currently the General Manager of the International Music Institute in Abu Dhabi, the oldest music institute in the capital, holding collaborations with the Associated Board of the Royal Schools of Music (UK) and government entities in UAE.