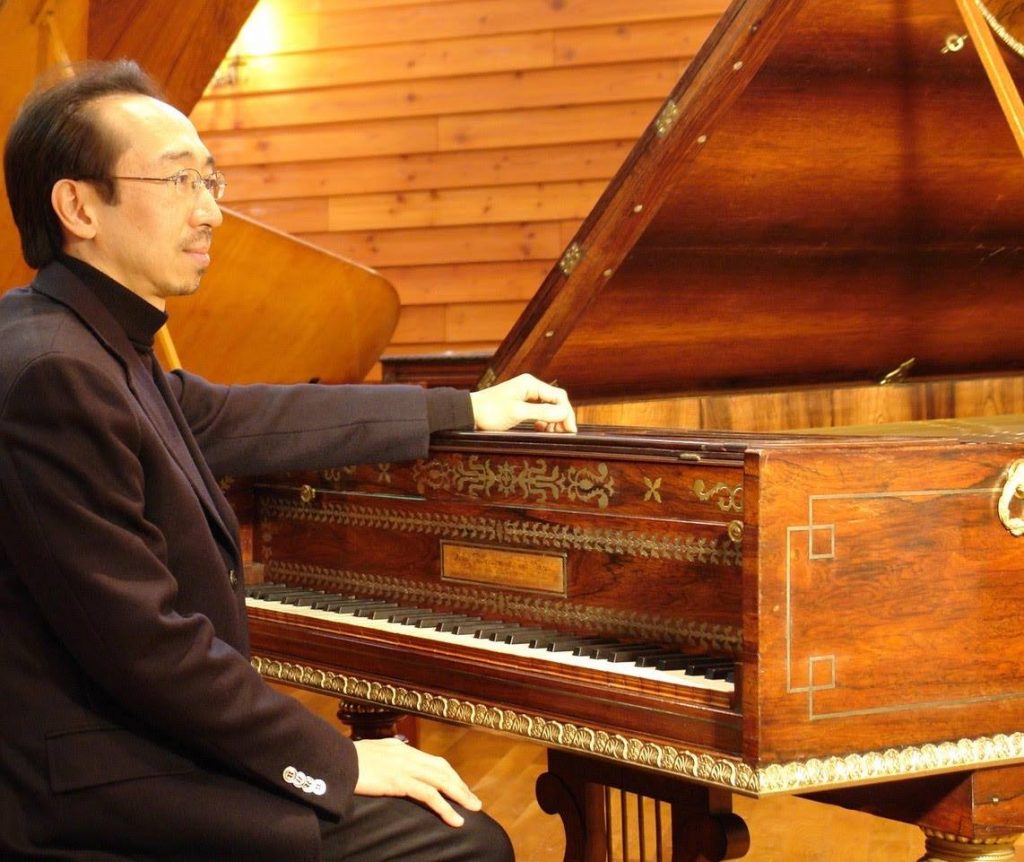 Makoto Ueno was born in a family of musicians in 1966 in Muroran, Japan. His grandmother and father were both organists in a local protestant church, and they exerted the first musical influences on him.

He left his home town at the age of 16, to study in the West, first at Curtis Institute of Music in Philadelphia, where he studied with Jorge Bolet, then continued at Mozarteum Salzburg with Hans Leygraf.  In his formative years, Ueno also received instructions and suggestions from such diverse artists as Mieczyslaw Horszowski, Gary Graffman, Edward Aldwell, Felix Galimir, Leon Fleisher, Rosalyn Tureck, Andrzej Jasinski, Radoslav Kvapil, Jacob Lateiner, Ruth Laredo, Seymour Lipkin among others.

In addition, the writings and musical thoughts of Heinrich Schenker, Wilhelm Furtwängler, Artur Schnabel, Edwin Fischer, Sergiu Celibidache, Alfred Brendel, Glenn Gould, though they are immensely different from each other, influenced him in his early years.

He was a prize-winner at various international competitions such as Maryland,  Bösendorfer=Empire(Brussels), Geneva, Orléans. In Japan, he was a recipient of the Kyoto City Prize for New Artists, and of the Aoyama Barocksaal Prize, in 2005.  In the same year, he won the Second Prize at the 1st Sviatoslav Richter International Piano Competition in Moscow.

Although Ueno usually plays modern concert grand pianos, he is equally at home with historical instruments. He often performs on Viennese and British fortepianos from 1800~1850, and on Pleyel, Streicher, Erard, Bösendorfer pianos of 1840~1900.

Ueno has been very active in the field of CD recordings in recent years, especially using original instruments of the 19th Century and early 20th Century. Many solo recordings have been released by Octavia Records and Wakabayashi Koubou labels.

A disc of Schumann Lieder composed in 1840, playing on a Bechstein EN280 was also released in 2018. The future releases include a CD dedicated to the works for violin and piano by C. Franck, and a recording of Chopin Etudes.

In 2018, a project of performing the complete violin sonatas of Beethoven, using the original period instruments such as Mattaeus Stein(attrib.), John Broadwood, and Conrad Graf, with violinist Yasushi Toyoshima, was successfully completed to critical acclaim.

A new project of performing the complete cello sonatas and variations of Beethoven, with cellist Noboru Kamimura, using the Viennese Schweighofer and Streicher pianos from the mid-19th Century, is planned in Autumn 2019.

Since 1996, he has been teaching as a professor of piano at Kyoto University of Arts. In addition to his teaching at other Japanese universities and institutions, such as Toho Graduate School of Music, and Nagoya University of Music, he has served as a jury in major piano competitions in Japan and Europe, and written articles and essays for various Japanese music magazines. The most recent article was about a manuscript of Franz Liszt, published in November 2018.  He has given masterclasses in Korea, Thailand, Germany, Turkey, and Portugal.